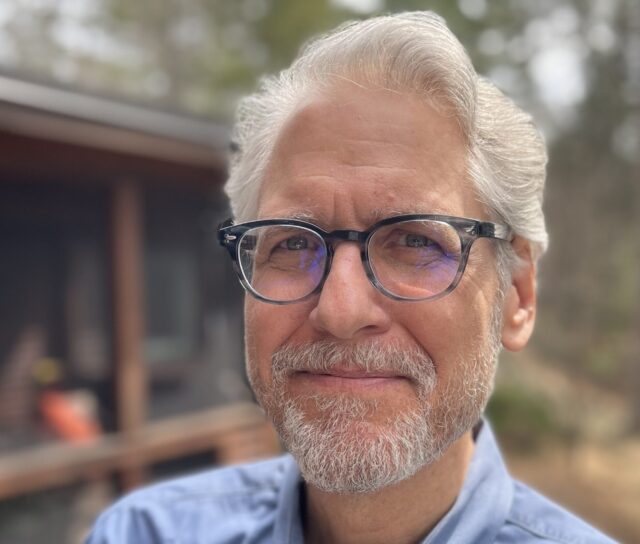 Jon Hanson is the Alan A. Stone Professor of Law at Harvard Law School and the co-founder and Executive Director of the Systemic Justice Project.

The Critical Legal Theory Podcast focuses on legal theorists, lawyers, activists, and organizers, who share their stories about the origins, evolution, and influence of critical legal theories.

This season, we will share interviews with legal scholars (including Duncan Kennedy, David Trubek, Peter Gabel, Karl Klare, Mark Tushnet, and Kimberlé Crenshaw) regarding the history of the Critical Legal Studies Movement — also known as CLS.

The interviews explore the intellectual, political, social, and economic context shaping the CLS movement and some of the effects of, and reactions to, CLS scholarship then and now.

Welcome to the Critical Legal Theory podcast, where we hear from legal theorists and practitioners about the origins, evolution and influence of critical legal theories. I’m Jon Hanson, the Alan A. Stone, Professor of Law and Director of the Systemic Justice Project at Harvard Law School.

[00:00:24] In this season, I’ll share some of the interviews my students conducted with legal scholars regarding the history of the Critical Legal Studies movement, also known as CLS. The interviews, which took place in 2013 and 2014, explore the intellectual, political, social and economic context, shaping the class movement and some of the effects of class scholarship then and now.

[00:00:49] In this episode, by way of introduction to those interviews, I provide some brief background about CLS, CLS scholars or the Crits, as they were called. Rejected the idea that the legal doctrine taught in American law schools was constructed from neutral and broadly applicable principles that reflected a coherent account of the way human beings actually interact. Rather, they saw the  law and legal reasoning as inextricable from politics and ideology and as an integral player in society-wide power dynamics that kept certain groups rich and powerful at the expense of others.

[00:01:27] One of the central projects of the CLS movement was to change the way legal education was administered from the inside out, to get jobs teaching law and teach in a way that encourage students to question the unqualified deference scholars traditionally provided to liberal legal systems. In an email exchange I had several years ago, one sales scholar offered this very helpful distillation of the premises of CLS.

[00:01:55] First, the legal outcomes are under determined by so called legal reasoning. Second, that legal reasoning is not a decision procedure, but a set of cultural practices within a discursive matrix that legal actors use to enact performances aimed to convince readers and listeners that the outcomes they favor are legally required. Third, that legal constraint is a culturally contextualized experience, not a demonstrable fact. Fourth, that legal norms and discourses are underdetermined by social structure and political ideology. Fifth, that legal rules and practices play a significant role in constructing social, economic and political life. The rules of law dispose distributive and ideological stakes and partially constitute identities. And finally, that adjudicators are responsible for the social impacts of their decisions. This collection of premises, the scholar explained, makes it possible to imagine the legal medium as a terrain on which Democrats egalitarians, anti-racist socialists, feminists, queers and historically intersectionally marginalized identities can fight to renegotiate the background rules that structure social, economic and political life and in so doing, enlarge the space of freedom in the world.

[00:03:22] As helpful as that summary might be, it’s quite difficult to define a central theory in any further detail. That may be partially because the crits themselves either disagreed or rejected attempts to systematize their own work or to identify a single positive vision of what the law might someday be. From the outset, the crits were no monolith. Interpersonal, intergenerational, theoretical and methodological tensions were apparent even at initial close meetings. And as the movement grew, it continued to splinter. Feminist scholars or fem-crits carved space for themselves within the movement and began to open the door to more diverse perspectives. Critical race theory also grew out of the ideas espoused and the community fostered by the CLS movement. Resistance to those insights, particularly among the older generation of crits, made clear that CLS was not going to be a grand coalition of the left in legal academia.

[00:04:25] The greatest challenge that the critical legal studies movement faced, however, came from the outside. Crits faced opposition from their conservative an d liberal colleagues, as well as the elite and influential members of the profession.

[00:04:38] As CLS adherents grew in number and as their ideas gained attention, the movement and its members became targets of concern, or in some cases, contempt. And Harvard Law School, in particular, the intellectual debate among crits, the liberal legal scholars they criticized, and conservatives who saw CLS as a threat to the rule of law, American democracy, and the legitimacy of elite institutions was particularly animated.

[00:05:04] By 1985, CLS was gaining notoriety beyond legal academia, and in this case, not all press was good press. The Crits were met with backlash from not only legal academics committed to the traditional forms of legal education, but also conservative politicians. In 1988, for example, President Ronald Reagan explicitly and proudly framed the rise of the now omnipresent Federalist Society as a direct challenge to the existence of CLS at Harvard and other law schools.

[00:05:36] 50 years on, it’s clear that class was not a cohesive, lasting, self-consciously radical movement in the way some of its original members intended it to be. But to the extent that crits endeavored to influence law teaching and make space for more radic  al legal academic scholarship, their efforts weren’t without influence. In a variety of forms and under a variety of labels, leftist and radical legal scholarship continues in legal academia, owing largely to the foothold that CLS achieved.

[00:06:07] This podcast is devoted to exploring the roots and reach of that influence. I hope you’ll listen in. If you have any questions or comments, feel free to reach out to me at the Systemic Justice Project at Justice@law.harvard.edu.